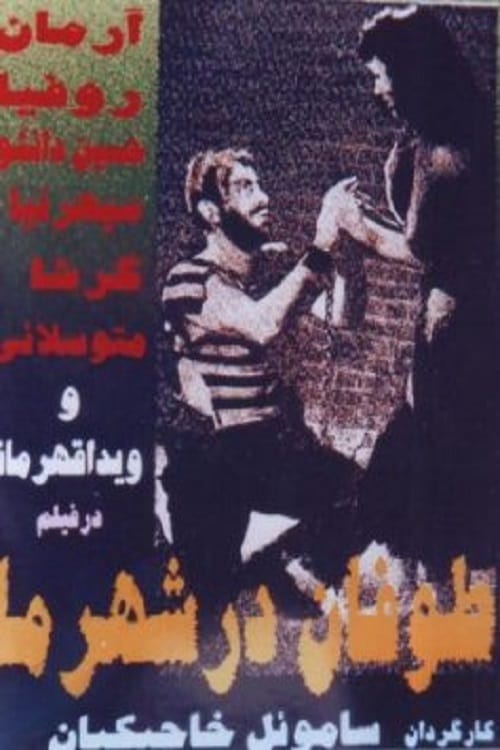 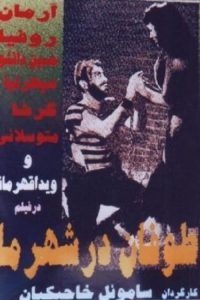 The fates of a madman, a homeless woman, a print shop worker and a playboy are intertwined in the days leading up to Persian New Year. Toofan, an uncategorisable film which moves freely between horror and comedy; documentary, musical and sci-fi, was the first production of Khachikian’s own studio, Azhir Film. After the censor banned Khachikian from making a film about the first serial killer of the modern era in Iran, he turned to one of his own stories, exploring his preferred themes of compassion and evil. Shot both in the studio and on location, it features a memorable sequence of Bonfire Wednesday and a ruin which was rumoured to be a former Qajar era torture dungeon.