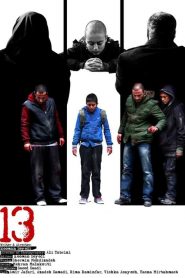 The lack of communication between the mother and the father of a 13 year old, leads inevitably to a divorce. During this ordeal their son, feeling out of place, befriends some troubled older kids and gets involved in murder.

Bemani is a teenage boy whose parents keep quarreling with each other. His mother leaves the house and he is confused. Bemani is afraid of his classmates’ threats. On the way to school, he is aided by a criminal gang and goes along with them but a boy in the group does not tolerate his presence, and finally , because of a quarrel between Bemani and a girl in the gang, decides to bother the gang through an illegal drug dealer During the fight between the smuggler and the gang, Bemani is accused of murder. After some time spending in prison, the death of the girl clears up everything and he returns home.