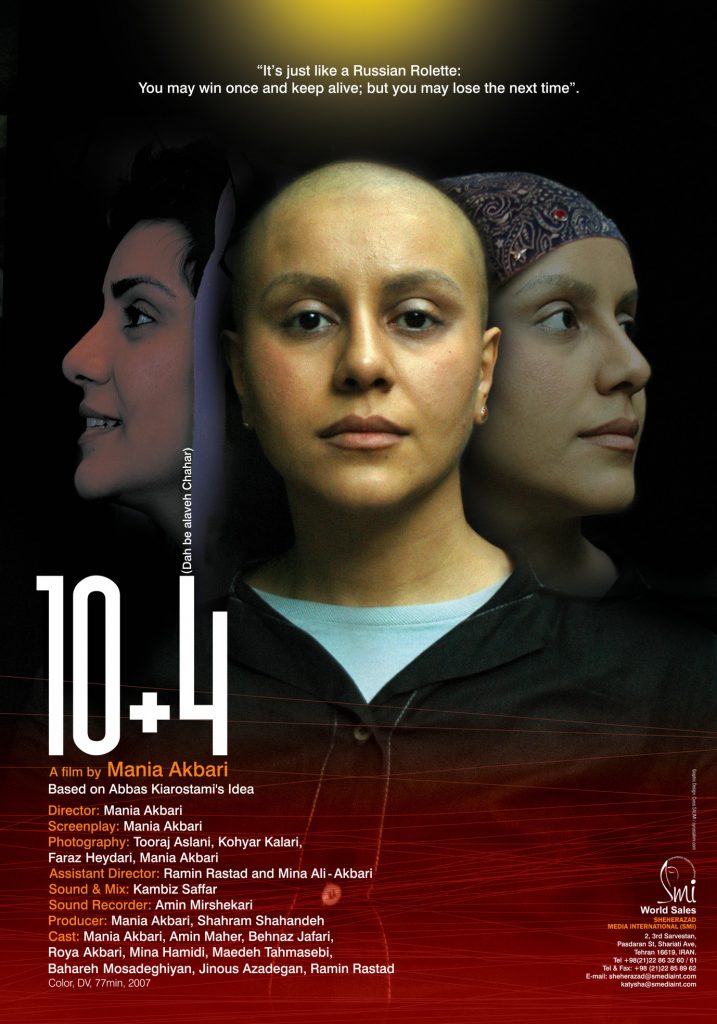 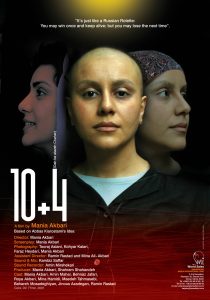 Mania Akbari’s second feature 10+4 reproduces the situation and, at least initially, the form – a blurring of the line between documentary and fiction – of Abbas Kiarostami’s 2002 feature Ten, in which Akbari played the protagonist. It opens on the same set-up as Ten, in which Akbari and her then ten-year-old son Amin Maher bicker in the car. Cut to the present; both mother and son are in the same position in the car continuing their argument, but with a twist – Akbari is now directing herself as lead, and engaged in a fight against breast cancer that will end with her having a double mastectomy. She is thirty years old.